Back to all posts

I love Toronto. I love the brick buildings, the solidness of them, as if they had always been there. I love the vibrancy of it, how the city feels pulsing with energy, a living entity. Every time I come here, I feel creative, blooming inside. Calgary has it's own charms, mostly in the way the land swallows up the city, strongarms all else until you can do nothing but stare at the sheer enormity of the sky. Toronto, the city is the heart, not the land, and I have definitely fallen for it's charming disposition. Although I must say, I am quite disappointed by the snowmagedon ~laugh~. Seriously, does THIS look like SNOWMAGEDON to you? ~laugh~ 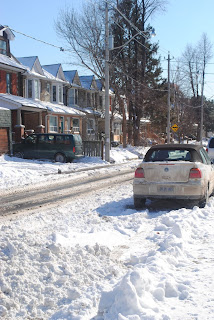 Studio days always create their own reality. The music takes over and time seems to slip by unnoticed until you stumble outside and realize 9 hours have passed. There is no tick tocking of clocks in the studio, time feels almost elastic, taut at times, and then recoiling when you least expect it. What was going to be called Scheherazade may now be called Scorpion Moon. Though it pains me to admit it, I am a TERRIBLY titler. Ask me to write lyrics, and I definitely can do that. But come up with a title for a song, you would be better served to ask someone, anyone else. Even just some random person on the street. I cannot ever seem to come up with a title that says what I want to say, in a summation of sorts. I always feel as if the title must encapsulate the song, even though that is a somewhat ridiculous thought, and the prospect of one or two words doing such a task is always a mountainous responsibility to me. Usually I throw out a title and then someone will later say "why don't you call it....". And so my Scheherazade may become Scorpion Moon ~smile~. It was a very different experience for me to have a song so newly written in the studio. It had to morph and find it's way while being recorded, which usually happens while I practice, not in the studio. It meandered a bit until it found it's feet and now that today is done, I am completely stoked to hear the cello on it, which will be Saturday. CELLO! EEE! 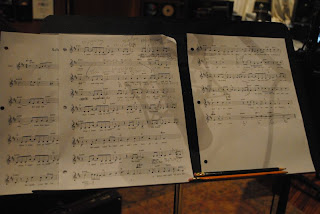 I came with the intent to sing Immortal as the second song on this demo, and instead it comes to Hiraeth, which just feels like home, so I feel quite satisfied. It was a difficult day getting to Hiraeth in some ways, I just want to sing. It is the art of music that draws me in, and keeps me going through the long days, never the business of music. It is the weaving notes and moments that ache from within that enrapture me. That is the soul of music to me. It is such a joy to be free to live in this space wholly and completely for a few days. 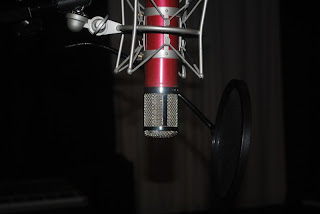 The first sketch of Scorpion Moon is done, tomorrow Hiraeth. I cannot wait to hear it...I have been waiting for over a year to hear this one recorded. The city is quiet, but there is still a humming buzz of energy that seems to lift from the pavement itself. Though I am bodily tired from the studio today, I feel too excited to settle, so I think it's time for a tea and some good conversation....Till tomomrrow...